The new Sony ZV-E10 is an easy-to-use mirrorless camera designed for vlogging and streaming. It offers next level 4K video quality, Full HD slow motion shooting and packs intuitive features such as a 3-inch vari-angle screen into a compact & lightweight body, making it a perfect content creation camera. The ZV-E10 also includes a directional microphone and windshield, so you can clearly capture your voice while recording. The ZV-E10 provides you with endless creative shooting options with a huge range of compatible Sony lenses available.

CONTENT CREATION IN MIND: This Sony vlogging camera features quick and intuitive vlogging operations with a 3 inch vari-angle touch screen, face autoexposure to keep your face bright in dim light and a bokeh switch to blur the background.

ENDLESS CREATIVITY: With 60+ compatible Sony lenses available for this vlogging camera, explore new ways to change the look of your content and step up the quality of your creations.

FOCUS ON THE IMPORTANT THINGS: Keep your video in focus while recording in 4K with the "Real-time Eye AF" system to track your subject's eye.

RECORD HIGH SOUND QUALITY: Make your voice heard even in windy conditions with the directional microphone and windshield, or take full advantage of the digital audio interface by attaching a compatible external audio device.

INSTANT STREAMING SESSIONS: Use the ZV-E10 as a live streaming device with great audio and image quality. Simply connect the camera to your computer's USB port without the need for a capture card. 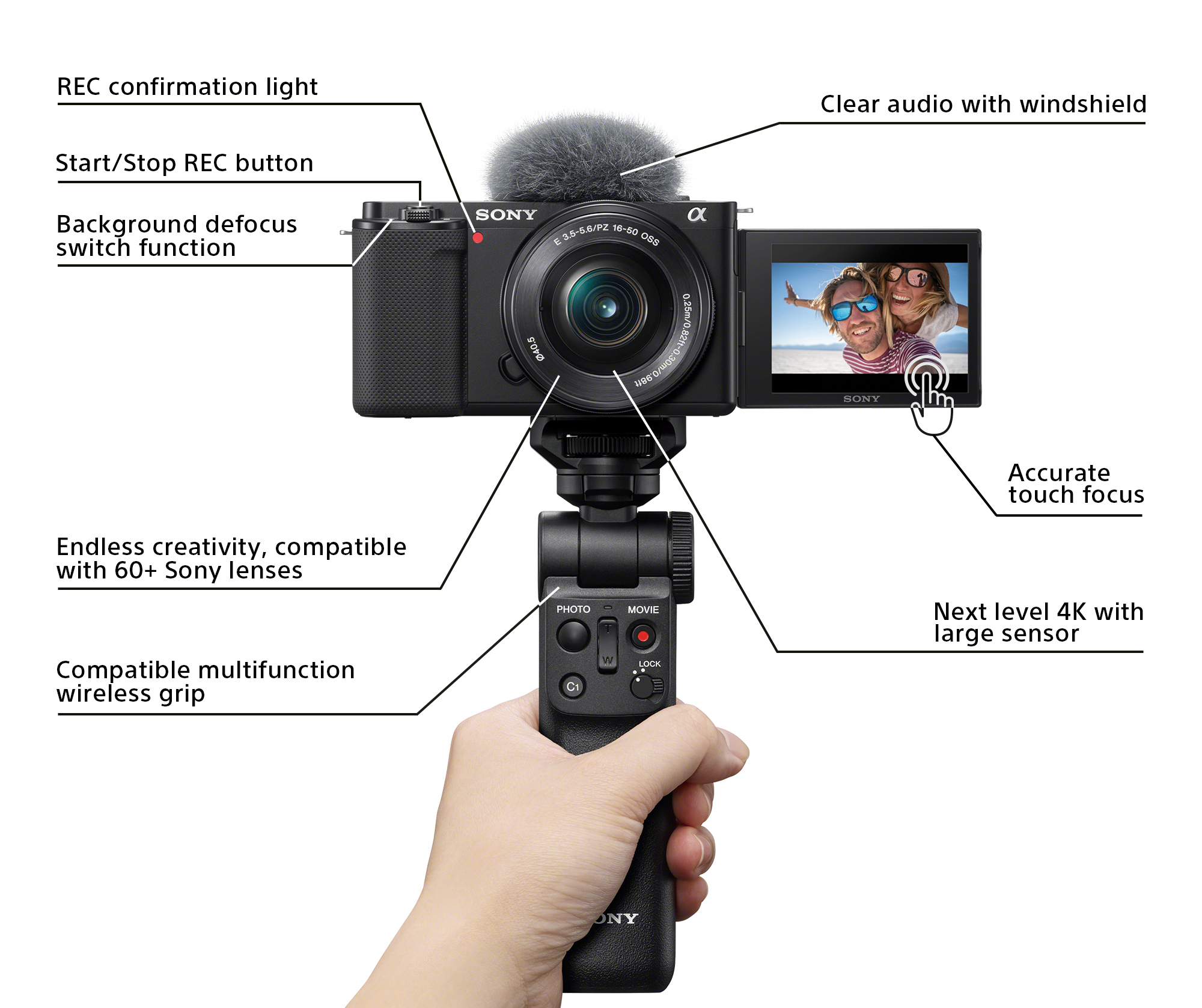 Trade-in for the new Sony ZV-E10

Trade-in one of the cameras below for the New Sony ZV-E10.
The trade-in value is based on the camera being in mint condition.

One of our photography experts, Lizzie, tries out the new Sony ZV-E10.
Watch the video below to see what she has to say.

Mark Baber from Sony gives his views on the new Sony ZV-E10
Watch the video below to see what he has to say.